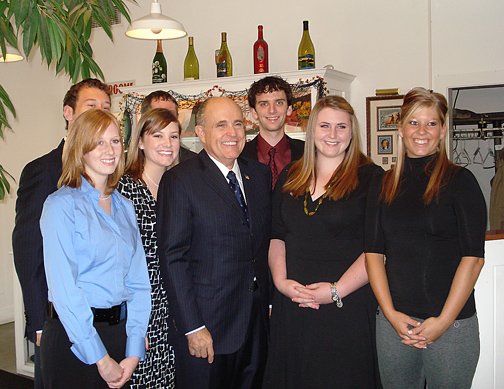 Special to The Current

Andrew Cameron, back row at far right, poses with Rudolph Giuliani, R-N.Y., front center, and other members of Creighton University's College Republicans during one of Giuliani's visits to Iowa before the state's Jan. 3 presidential caucuses. Cameron was a chauffeur for Giuliani during one of his visits and was able to drive him to two political events where Giuliani spoke.

It was the middle of the night and Andrew Cameron was in the car headed to the airport to pick up a late arrival.