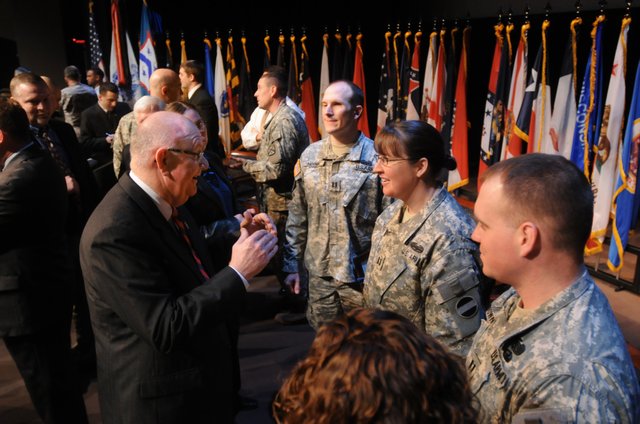 Kansas University Chancellor Robert Hemenway talks with wounded soldiers Wednesday at Fort Leavenworth. A new program will allow wounded soldiers to earn their master's degrees at KU while remaining in the Army.

In just five months, an idea to offer wounded soldiers the chance to obtain advanced degrees at Kansas University moved from concept to reality.

During a ceremony Wednesday at Fort Leavenworth, KU Chancellor Robert Hemenway and U.S. Army Secretary Pete Geren announced the first eight soldiers who would be eligible to receive master's degrees at KU, in exchange for agreeing to serve a few more years in the Army. All eight were wounded in combat.