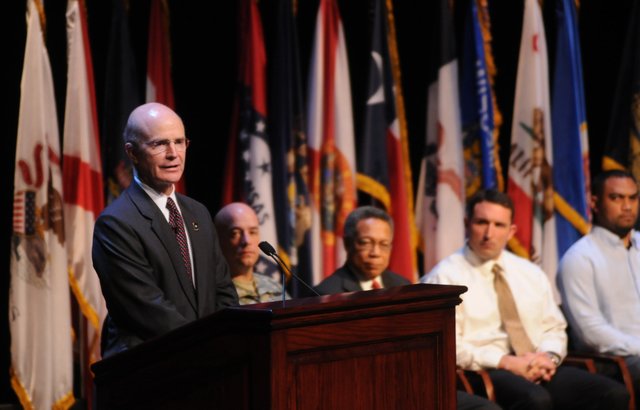 Secretary of the Army Pete Geren addresses the crowd of soldiers gathered Wednesday, Feb. 6, 2008 in the Eisenhower Auditorium of the Lewis and Clark Center at Fort Leavenworth. Geren and KU Chancellor Robert Hemenway announced the pilot "Wounded Warriors" program for soldiers injured in combat to receive advanced degrees at Kansas University.