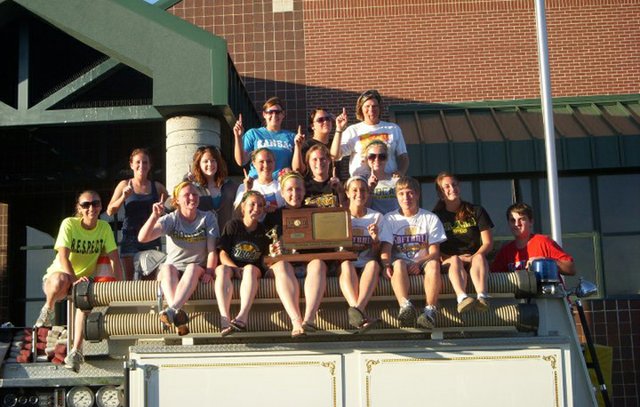 Among the perks of winning the 2010 Class 4A softball state championship was a ride atop a fire truck. Basehor-Linwood players were warmly congratulated by the community at various events, from Dairy Days to a pep assembly, in the weeks following their state championship performance.

BLHS softball’s Mayberry is 4A Coach of the Year

Basehor-Linwood softball coach Susan Mayberry has been named the 2010-2011 Kansas Softball Coaches Association’s Class 4A Coach of the Year.

Community support special for squad after a season worth savoring

The Basehor-Linwood softball team has been on a memorable victory lap since winning the Class 4A state championship in late May.