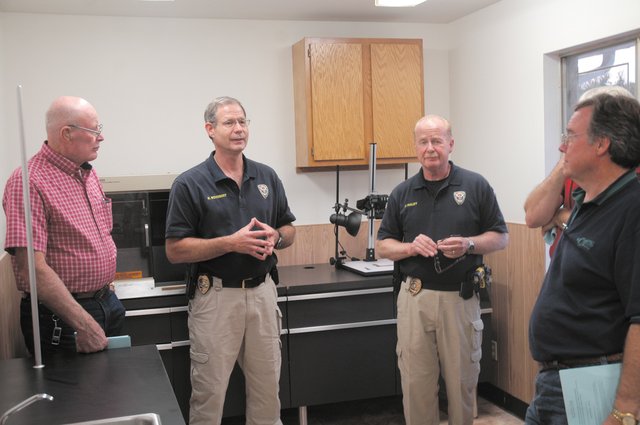 A forensic lab is among the new additions for the Bonner Springs Police Department, which showed off its new offices to City Council members on Tuesday.

Five pounds of sand in a two-pound bag. That’s how Police Chief John Haley described the cramped operations of the Bonner Springs Police Department before it acquired new space in a building across the street.