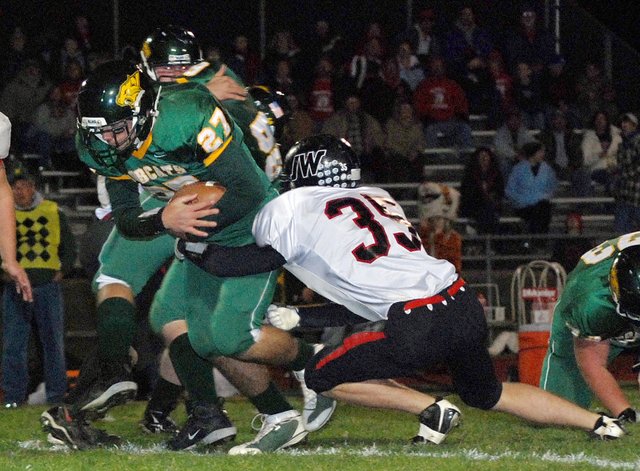 Jesse Hiss, Basehor-Linwood running back, plows up the middle during the Bobcats’ district game against Jefferson County West. Hiss will be looked to to play a greater role in the offense this season.

Last week, Hiss, a fullback and linebacker for the Bobcats, accepted an invitation to join the University of Colorado football team as a preferred walk on, meaning he’d have a spot on the Division I Buffaloes’ 105-man roster.