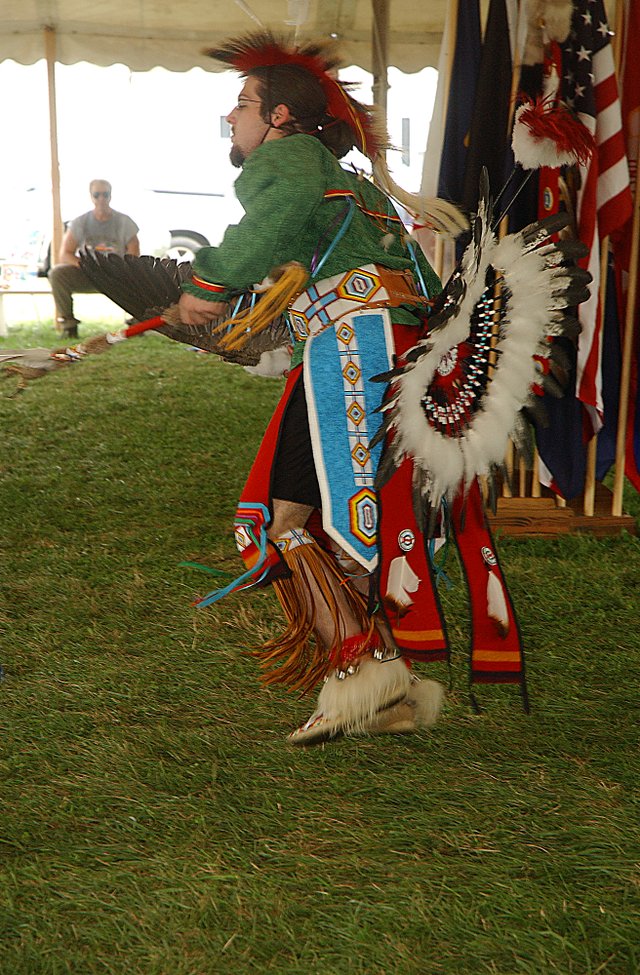 Kyle Robinson of Basehor displays his footwork during the intertribal dance Sunday at the Indian Council of Many Nation’s powwow at the Leavenworth County Fairgrounds. Robinson learned the intricacies of Native American dance from Chester Henre, son of Tonganoxie Boy Scout leader Mike Henre, whose family is also responsible for much of his regalia.

Kyle Robinson was one of the more elaborately dressed dancers circling the tent during Sunday’s intertribal dance at the Indian Council of Many Nation’s summer powwow.