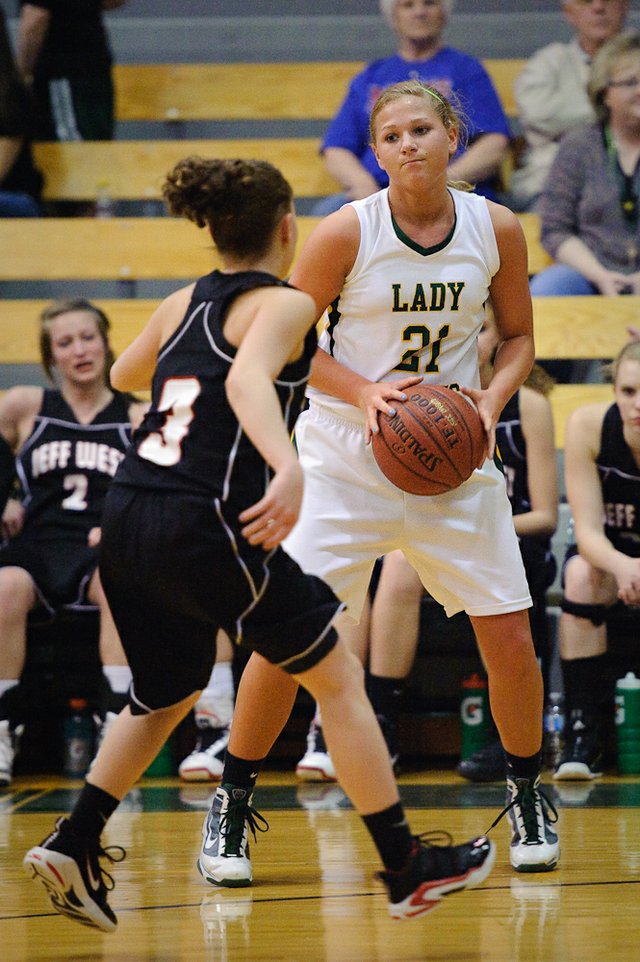 First-year coach Jason Tatkenhorst, who comes off a 12-year stint from Great Bend, came to Basehor-Linwood because of the tradition and commitment to athletic excellence. The players, he found, fit the build perfectly. Tatkenhorst said he sees the same potential in these Bobcats as he does with every other team he has coached: the best.

Approach new, but goals stay the same for BLHS girls

The 2011-2012 Basehor-Linwood girls basketball season likely won’t resemble the past few seasons, at least not in terms of the players on the court and some of the coaching strategies.

Having players from rival schools come together on the same team isn’t a simple task, but that’s exactly what girls from the Kaw Valley League accomplished this summer.

There were high fives all around for Basehor-Linwood girls basketball team as the Bobcats walked out of the locker room Tuesday night.