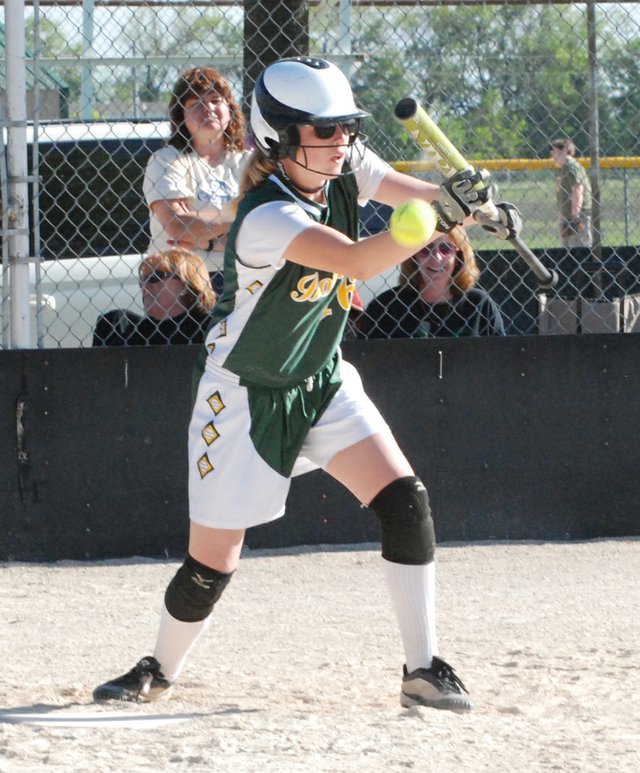 Basehor-Linwood's Cortney Rist attempts to bunt during the Bobcats' regional semifinal victory against Piper. BLHS went on to defeat Tonganoxie in the regional finals and advanced to state for the second straight year.

All season long, Candice Jennings has dreamed of playing in the softball state tournament.