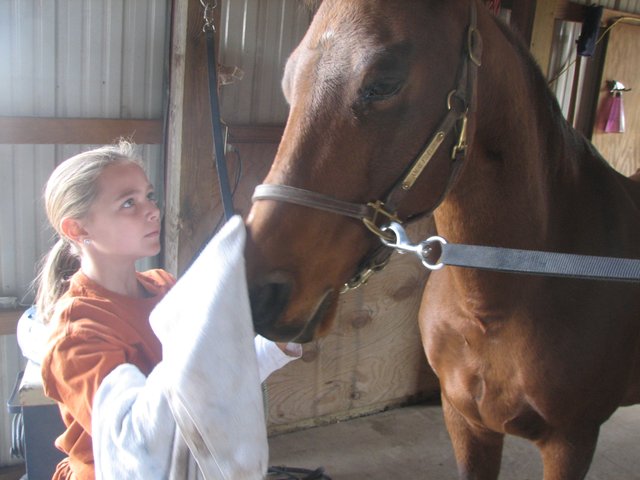 Katie Fulkerson calmly stares directly ahead, back perfectly straight, bouncing in rhythm with the trotting horse beneath her. Her arms stay bent at the same angle, her hands clasping the reins.