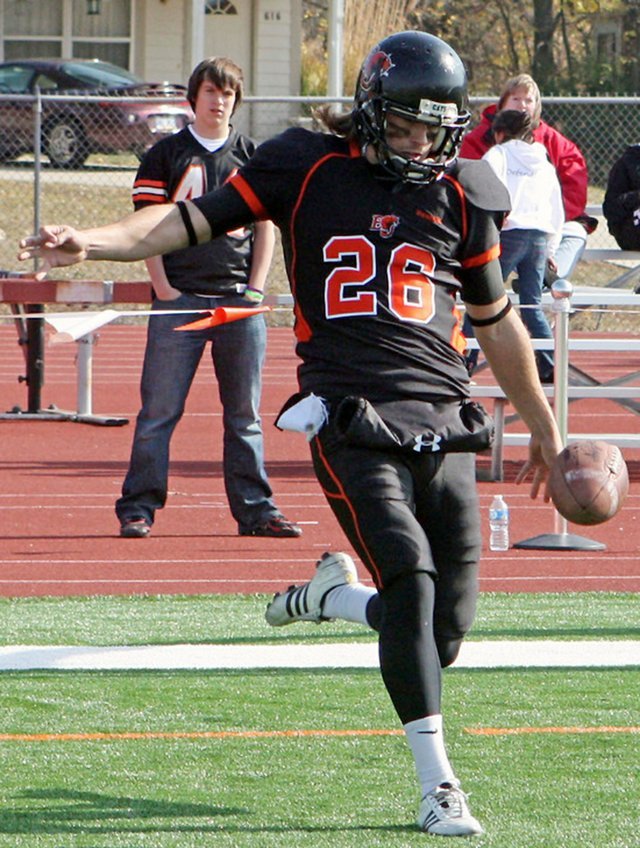 Garrett Chumley, shown here punting for Baker University, played both offense and defense at Basehor-Linwood while impressing his coach with his punting power.

It has been eight years since Basehor-Linwood football fans saw Garrett Chumley play offense, defense and special teams for the Bobcats, but on Sept. 27, he came one step closer to possibly appearing on their television screens as an NFL punter.

Chumley: Trying to kick it at the NFL level

For any college football player that has played their last game of their senior year, the dream is to go on and be drafted a few months later in the National Football League draft. However, trying to get to the NFL as a punter tends to be a little different process than most other positions.