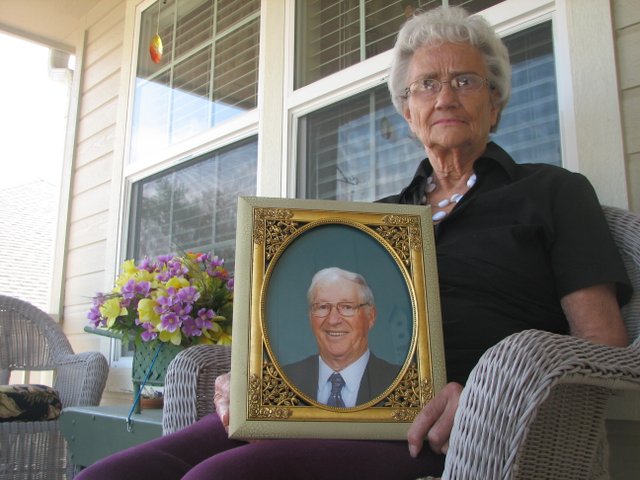 Armella Ashworth of Basehor says she probably could have sought more support while she was taking care of her late husband, George, following his Alzheimer’s diagnosis in 2007. Eventually, she had to move him to a care facility. Many more families will have to face such choices as the prevalence of Alzheimer’s is expected to increase greatly in the coming years.

Alzheimer's on rise; resources can help

Armella Ashworth of Basehor said her late husband, George, had never been sick in his life before he was diagnosed with Alzheimer’s in 2007.