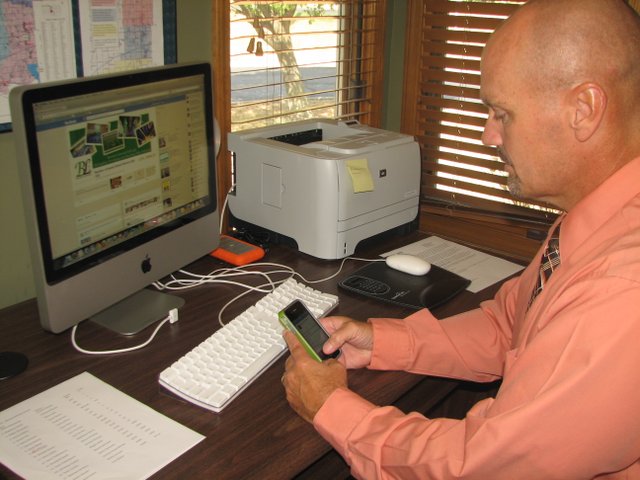 Basehor-Linwood Superintendent David Howard says he is frequently tapping on his smartphone, checking the USD 458 Facebook page (shown on the left) for comments from users or sending out messages from his Twitter account, @dlhoward32. Howard said he knows many school officials have worries about social media, but he thinks such services offer a communication opportunity that school districts can’t afford to pass up.

In less than three years, the Basehor-Linwood school district’s Facebook page has amassed more than 1,000 “likes,” one for every two students in its buildings. But a few miles away, in Bonner Springs, there is no district Facebook page to be found.