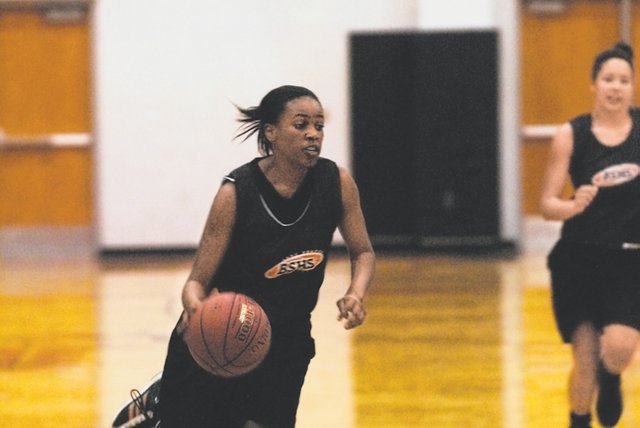 BSHS sophomore Kaleigh Taylor added 10 points and five rebounds during the Braves’ 62-53 victory against Paola on Tuesday at Eudora High’s Cardinal Invitational tournament. Both the girls and boys teams will compete in tournament finals against Piper this week.