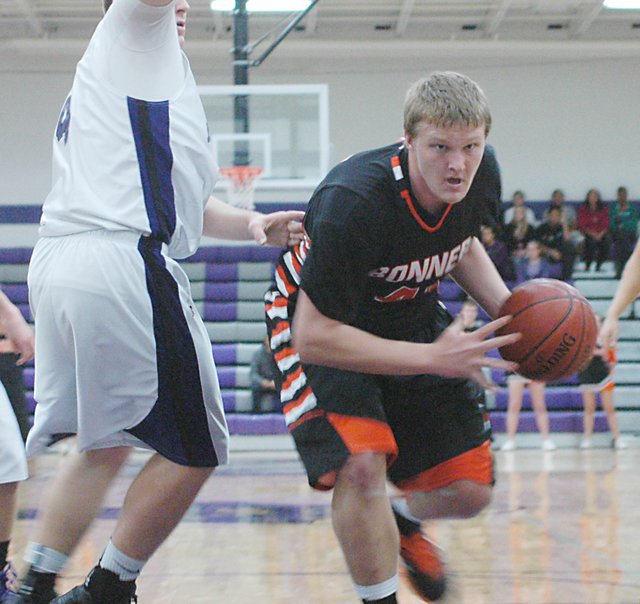 Brett Steuart drives to the basket during Bonner Springs’ 61-27 victory against Piper on Tuesday. Steuart scored the game’s first eight points and finished with 12.

Bonner Springs earnd a 63-52 victory against William Chrisman on Friday and defeated Piper 61-27 on Tuesday.