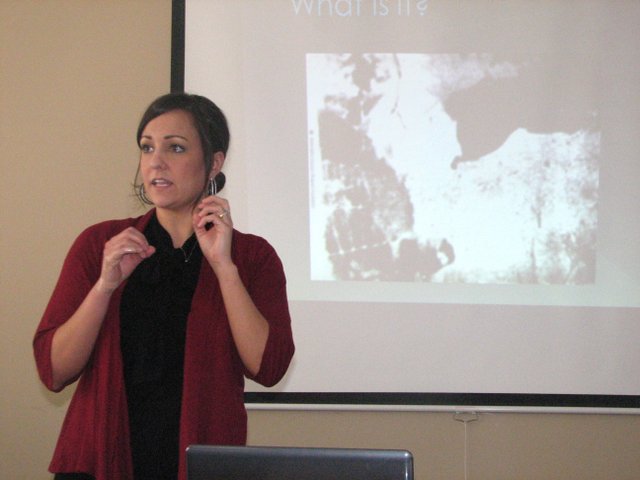 Leavenworth optometrist Ashley Reddell shows Basehor Chamber of Commerce members a black-and-white image of a cow during the Chamber's meeting Thursday at Reece & Nichols in Basehor. Members struggled to identify what was pictured until Reddell clicked her pointer to bring up an outline around the cow's head. The exercise demonstrated that vision involves not just the eyes but also the brain's interpretation of what they see, she said.

Even kids with 20/20 eyesight can have vision problems at school, optometrist says

When it comes to children’s vision, optometrist Ashley Reddell says, it’s not all about those two numbers separated by a slash.