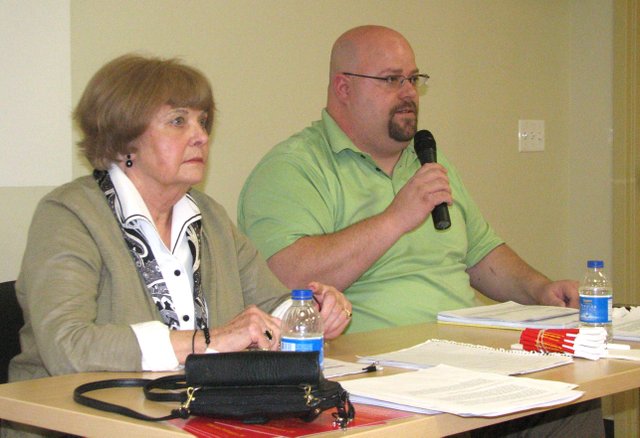 Basehor City Council President Dennis Mertz speaks during a town-hall meeting Sunday at Basehor Community Library, seated at a table next to city council member Iris Dysart. Mertz and Dysart, both of whom will be up for recall Feb. 28, answered questions from residents during the meeting.

Shortly after Basehor residents voted to remove them from office, Basehor City Council members Iris Dysart and Dennis Mertz joined with member Fred Box this week to call for a special council meeting in order to appoint a new council president, the Sentinel has learned.

Editor's note: This letter, addressed to Basehor residents, was submitted to the Sentinel by Basehor City Council President Dennis Mertz.