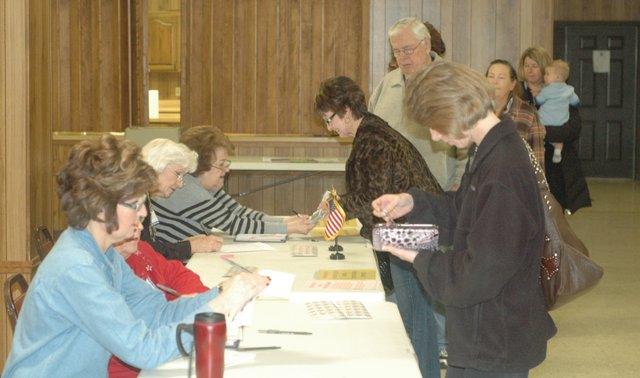 Basehor voters sign in and present their photo IDs to election workers Tuesday morning at Holy Angels Catholic Church, where polling for the Basehor recall election was taking place. Workers said voter turnout so far had been similar to a typical city election, if not a bit lower.