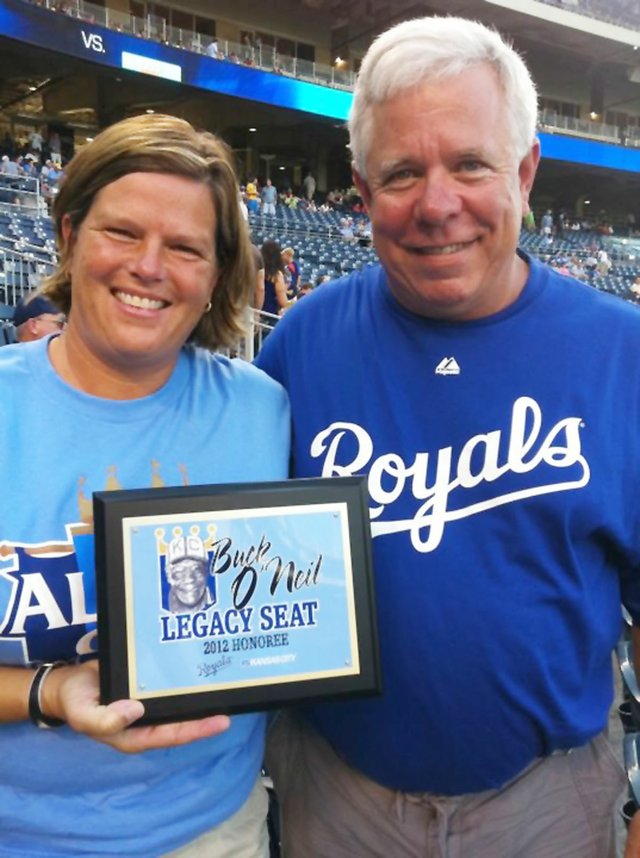 Susan Mayberry and Ron Grover with the Buck O’Neil Legacy Seat plaque. Grover, a former Basehor-Linwood school board member who now shares his story of being the parent of a recovering addict, nominated Mayberry for an award that later caught the Royals’ attention.