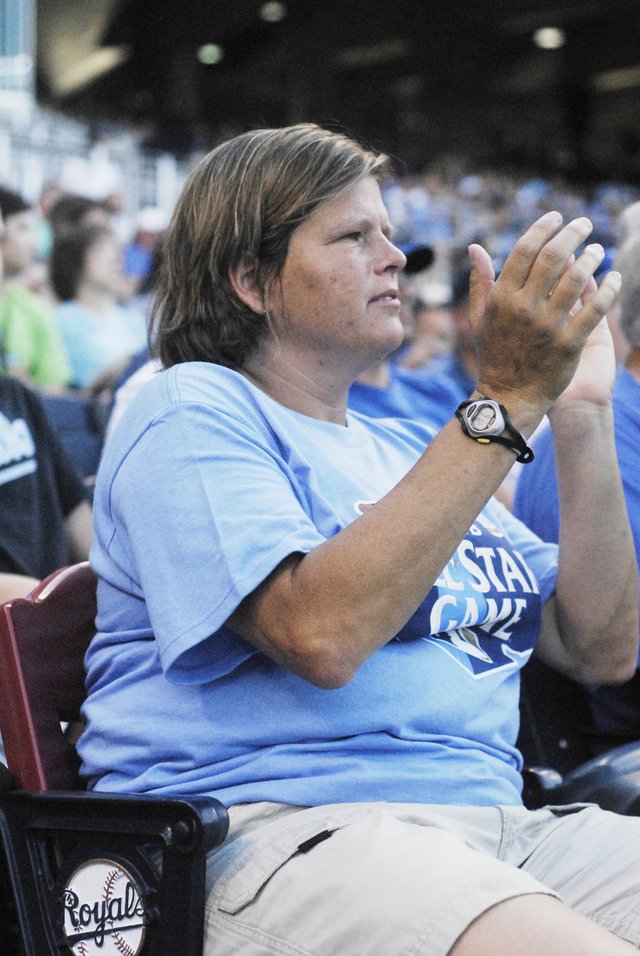 Susan Mayberry looks on during a July 18 Kansas City Royals game in which she honored in the Buck O’Neil Legacy Seat.