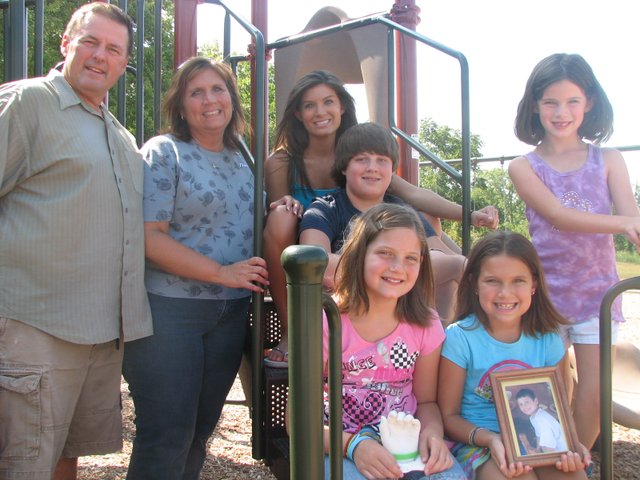 Members of Basehor’s McDonnell family can remember their son and brother Jared, who died after an asthma attack in 2009 when he was 9 years old, each time they pass by or play on a neighborhood playground built in his memory. Pictured are Jared’s parents, Tim and Jeri, and five of his 15 siblings, clockwise from top left: Meghan, 20, Keith, 13, Caitlyn, 10, Madison, 9, and Paityn, 7. Caitlyn is holding a plaster cast of Jared’s hand made by the transplant network that helped with his organ donation.

More than 3 years after Basehor boy's death, his legacy lives on

Jared McDonnell died at Children’s Mercy Hospital on Feb. 2, 2009, nine days after his ninth birthday. That’s what it said on his death certificate, anyway. But that’s not how Jared’s mother, Jeri McDonnell, sees it.