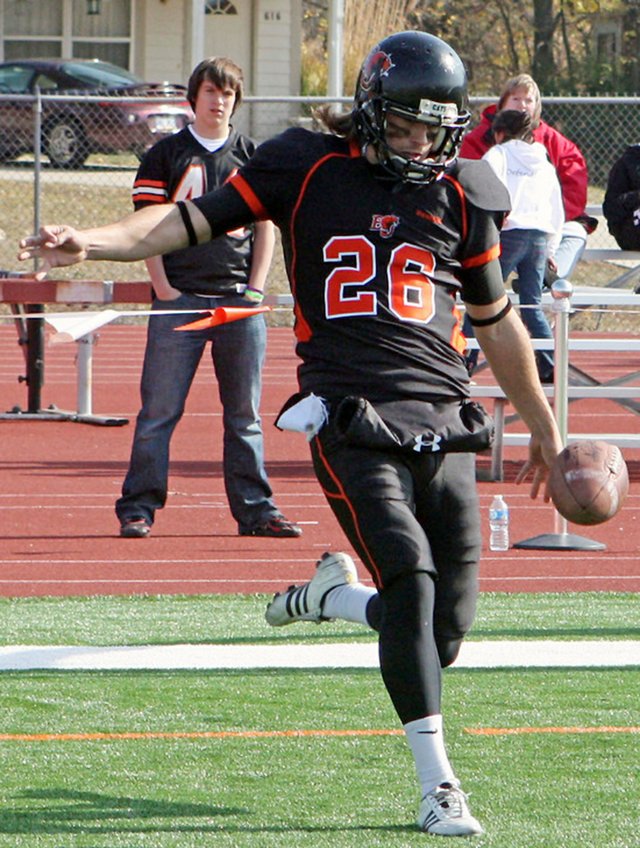 Garrett Chumley, shown here punting for Baker University, played both offense and defense at Basehor-Linwood while impressing his coach with his punting power.

For former Basehor-Linwood punter, NFL draft dreams now ‘up in the air’

The pursuit of the dream has led to this. It has been three months since he moved away from his loved ones. Now in Arizona, he watches a Kansas City Royals spring training game to remind himself of home. The road is rough, but if Garrett Chumley’s dream is to become an NFL punter, this is the path he must take.