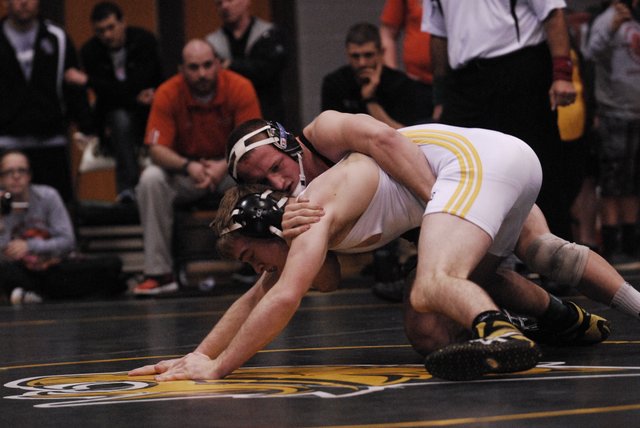 Aaron Puckett was one of two state champion wrestlers at Bonner Springs High in 2012-13. BSHS coach Brandon Jobe called the International Olympic Committee's decision to recommend that wrestling be removed from the list of core Olympic sports a "wake-up call" that the sport needed to modernize.

The story of wrestling’s battle to remain in the Olympic Games transcends continents. And yet it can also be told without leaving one’s Northeast Kansas community.