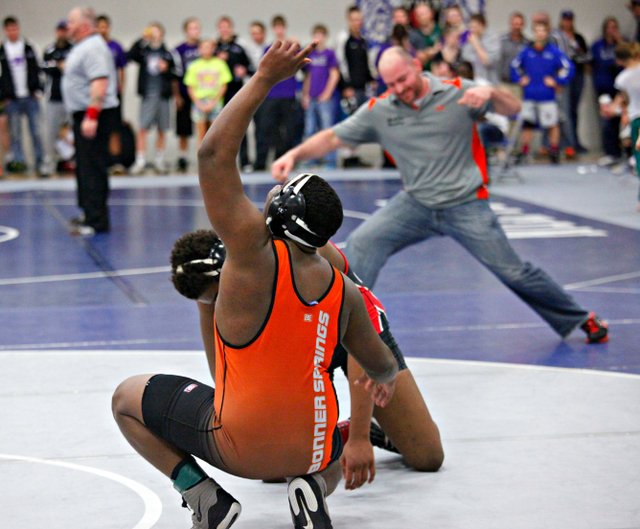 Johnathan Carter points to the sky as coach Brandon Jobe gives a big fist pump, after Carter defeated Wamego High's Kasey Feyh in the consolation semis. With the victory Carter punched his ticket to the 4A state tournament in Salina, fulfilling his season-long goal.