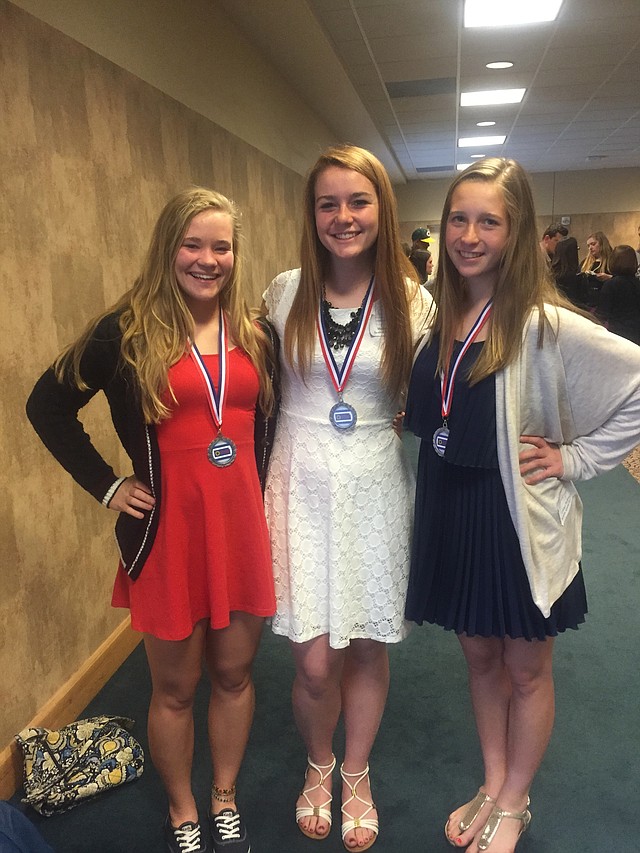 Claire Walsh, Madison Bowers and Calder Hollond (from left) pose after competing at the National History Day state competition, where they earned first place and the right to compete next week at the national competition in Washington, D.C.