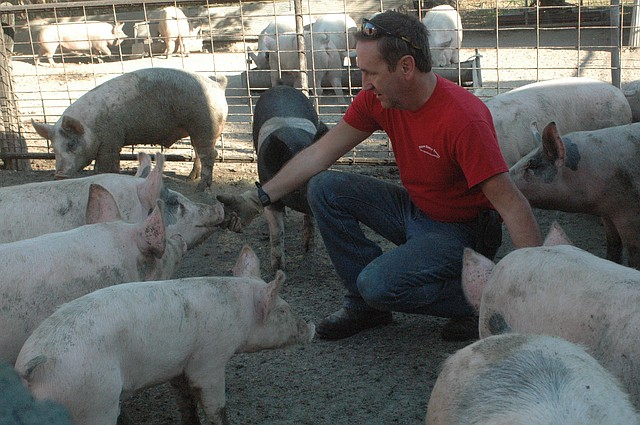 Gaylen Knapp kneels among some of the older pigs at Knapp Family Farms, which has been raising pigs for pork since 1954 just outside of Basehor.

High on the hog: Knapp Family Farms to show off pigs on Kaw Valley Farm Tour

At Knapp Family Farms just outside of Basehor, family members have been raising pigs since 1954.