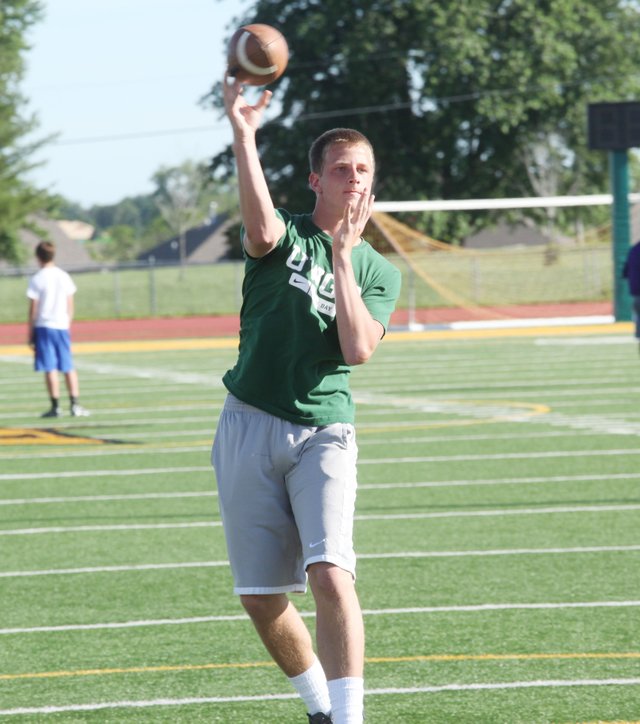 BLHS senior Tim Sanders will start at quarterback this fall for the Bobcats, but first must heal a high ankle sprain suffered playing basketball in June.